This is a review of a gig I didn’t go to. Sure you could read someone else’s write up about Tiki Taane, which will no doubt employ adjectives such as ‘head-nodding’ ‘groovalicious’ and ‘funkifried’ (depending on the publication). But I guarantee it wouldn’t be half as entertaining as wasting valuable moments of your life reading this.
Ever since New Zealand introduced its controversial policy of adding ground up Burning Spear records to its primary water sources it has birthed a prolific number of reggae and dub groups. Currently, dub music comprises 93.7% of New Zealand’s GDP. One of the most important earners in this category is Tiki Taane, former frontman of the most dubby (and New Zealandy) of all the New Zealand dub bands, Salmonella Dub. 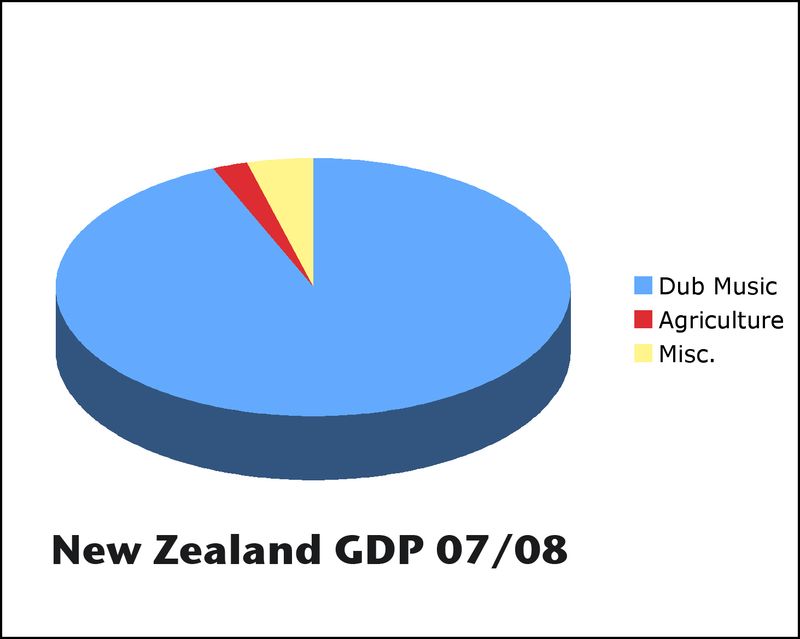 I was looking forward to experiencing Mr. Taane performing at the newly opened Hi-fi. This being my first assignment as a pseudo-muso-journo, I was also thrilled at the prospect of announcing in a faintly pretentious, slightly too loud voice:
“Hi there, I’m on the door tonight. I’m reviewing for 4ZzZ.” My anticipated response to this statement was:
“Like, OMG, you’re reviewing for 4ZzZ? Right this way sir! Can I get you anything? Champagne? Backstage access? A fur coat?”
Sadly, this was not the case. Quite the opposite in fact. I was told that not only was my name not on the door, but that they had no record of any contact with 4ZzZ. Furthermore, the doorman stated that several other people had ‘claimed’ to be on the media list for the zeds. I was not fond of the tone he employed for the word ‘claimed.’ Seriously Joe Doorguy, (not his real name), if I was going to fake being a media journalist, would I not go straight for the usual luminaries like Rolling Stone, NME, Financial Review or Oprah magazine?

We were then hastily escorted off the premises by a burly, black, bald
bouncer named Erasmus, (not his real name.) Erasmus gets points for imposing physique, but loses marks for lack of excessive violence and cuss words. He didn’t even inappropriately manhandle my plus one Angelique (not her real name, not actually a real name of any kind). Erasmus may want to read over his bouncer handbook for the proper protocol. Or perhaps listen to the audiobook.
The outdoor ambience at the Hi-fi was a pleasant mix of posters and pavement. It had the faintest aroma of ‘I think a homeless guy slept out here last night’ tinged with the scent of cigarettes and sweaty dubsters. The external acoustics left much to be desired and basically sounded like this:

I’d rank this among one of the better gigs I’ve not been to. Not as good as the Prodigy gig I missed a few months ago, but sure as hell a few buckets of superior to that electro-rock band that my friend Darragh (his real name, unfortunately) tried to get me to see last week.