You have wounded me, right in the very centre of my coal-black heart. We’ve been together for six years now, ever since way back when Rudd was PM (the first time round). Back in those youthful halcyon days I always swore I’d never go on a contract. All my friends were settling down, signing their lives away while I was living free and easy. I casually switched month to month from Optus to Virgin to Telstra. It was a beautiful, debt-free era and a part of me thought it would be like that forever.

But then you came along, and I committed to two years. And another two. And another. Before I knew it we’d changed PMs four times and you and I were looking at our 6 year anniversary. I’ve never even rented the same house longer than 3 years, so you should know this is a pretty serious commitment for me.

I thought that meant something. You always there for me when I called, unless I wanted to call anywhere outside the CBD and then your coverage would be as absent as dignity at a frat party, but I accepted that you just weren’t the outdoors type. I also accepted that you didn’t even know how to spell ‘phone’, despite the fact that the primary purpose of your existence is to provide telephonic services. I forgave these faults and plenty more besides, because I thought you cared.

Lately, however, things have taken an ugly turn. First, I find out that despite earning 3.6 billion dollars in13/14 you paid no tax whatsoever. Sure, the tax evasion hurts, but you know what really twists the knife? The fact that you kept it from me.

Finally, you decided to check in with me, to see how I’m feeling about you. I respect that you care about my feelings, but I wanted clarification on the nature of our relationship. Here’s what happened: 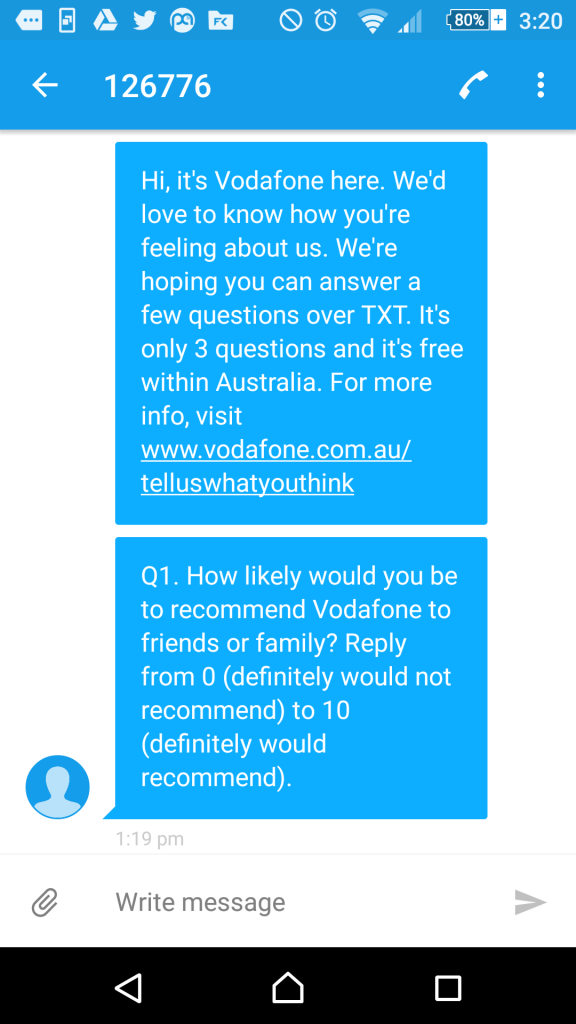 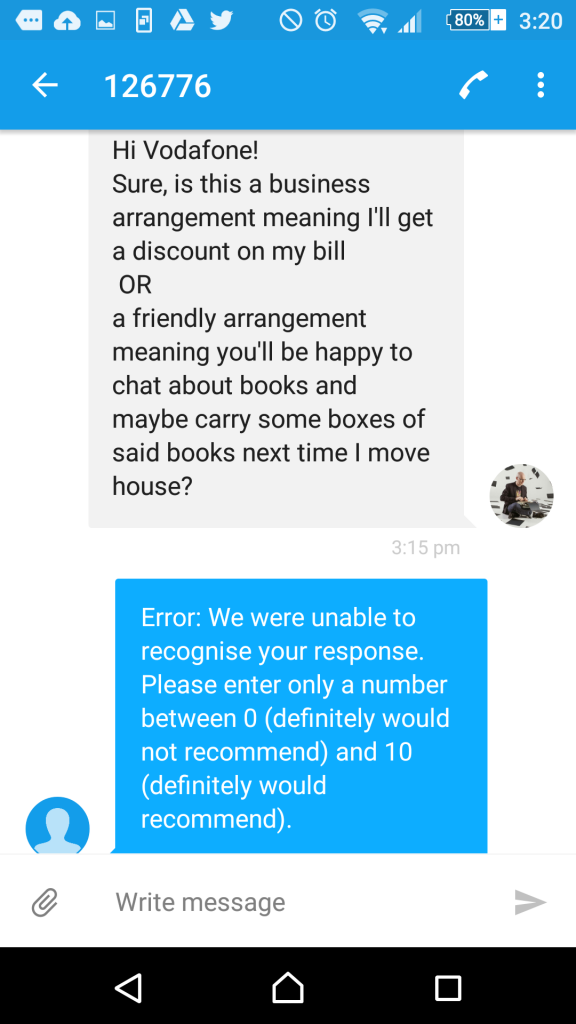 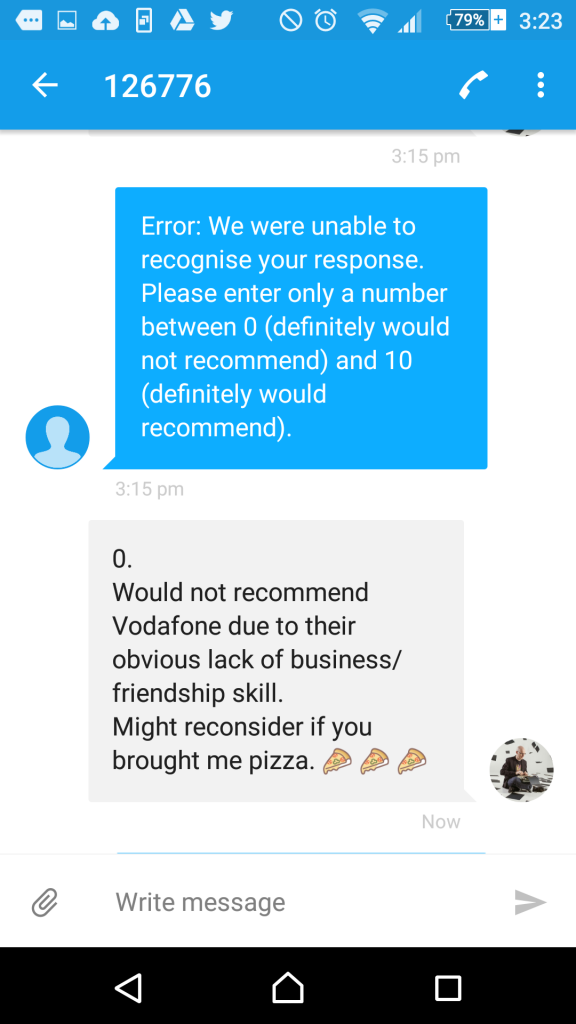 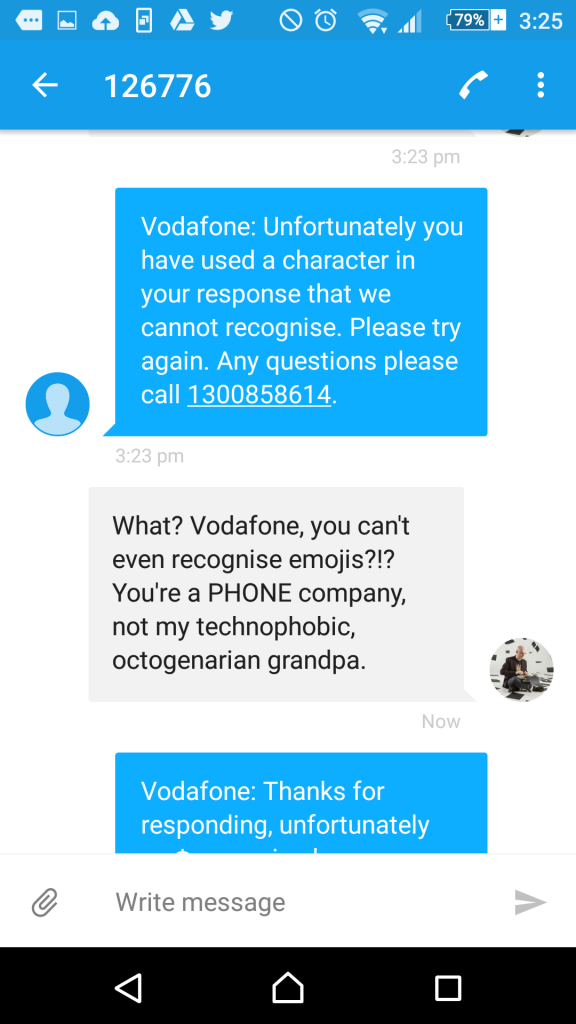 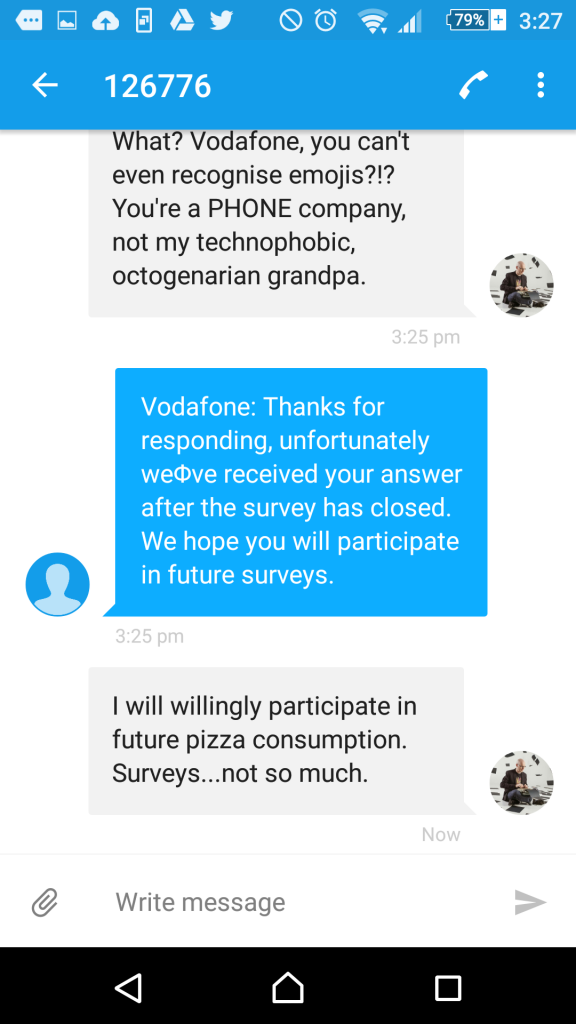 I’m hurt Vodafone, I’d call one of my friends and cry into the phone at them if not for the fact that I just KNOW you’d listen in. We’ve had some good times, but I’ll be keeping our relationship strictly business from now on. You can assume my reply to all future surveys is ZERO, unless of course the question is ‘how much tax should Vodafone pay after earning 3.6 billion in profits?’