Good Morrow to you, Sirs and Madams of the Big Six consortium of publishers! I trust you are well. Before I tell you about the EXCITING!!!! opportunity I am offering you today, I have to ask, are you ever concerned by the fact that your informal collective moniker sounds like some kind of crime syndicate? On the other hand, it is also reminiscent of the Bionic Six, which was one of my favourite cartoons as a kid. Do any of you have superpowers, (besides an almost impregnable stranglehold on the publishing industry that is)?

I know that Oprah's retirement last year must have been a sad day for you, seeing as she directly influenced so many people to consume your books in drool inducing quantities. So I'm here with some news to cheer you up! I am offering YOU the EXCITING opportunity to publish my third novel. That's right! This is not a dream, so quit stabbing that fork into your leg! I, J.M. Donellan, renowned New York Limes Best Smelling author, am currently accepting proposals for contracts to publish the bizarrely titled Adonis Comma Coma.

Now, granted, this novel does not feature diet tips, games involving thrones, vampires, or girls with dragon tattoos who play with fire. I'm saving all of these for my forthcoming novel Diet Tips from the Vampire Girl With a Dragon Tattoo Who Played a Game of Thrones With Fire. That'll sell a billion and ten copies, no question, but in the meantime I offer you the opportunity to place Adonis Comma Coma under your metaphorical wings. Or literal wings if you have them, maybe that's one of your superpowers. 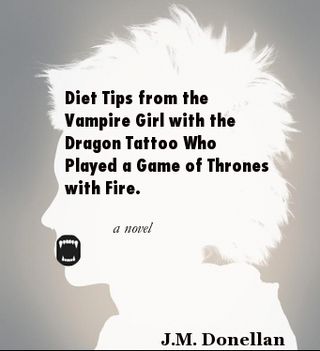 Adonis Comma Coma is a dark comedy about a synaesthetic nurse named Freya who is hired to look after the comatose Elijah, the golden child of the wealthy and eccentric Vincetti family. However, it soon becomes clear that Elijah may not have been the prodigious saint that everyone made him out to be. Meanwhile, someone is disposing of the Vincetti's corporate rivals in a series of imaginatively violent executions. Strange events are transpiring in the curiously over fortified room of the Vincetti mansion, and it may or not have something to do with a woman who claims to be Marilyn Monroe…

Applications should be made in the form of interpretative dance, magical cake, fireworks display or self-indulgent guitar solo. Winners will be chosen based on talent, enthusiasm and endurance. 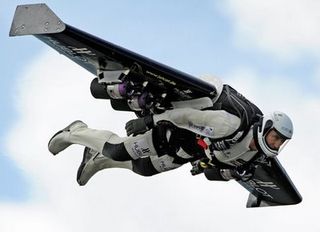 If you are interested in this EXCITING, LIFE CHANGING opportunity, then don't think JUST ACT NOW!III  I'm looking for someone to offer me a contract with 80-90% royalties, a jetpack, the complete set of Garbage Pail Kids cards, a performing monkey and a limo with accompanying driver named something like Ahmir or Vikram with whom I can share heartwarming exchanges about the differences between our cultures that can later be presented in a delightful montage set to this song: