I am writing to commend you on your extremely well thought out allocation of 13.5 million dollars to the anti-graffiti campaign. Although I must say, whilst I was overjoyed that such a vast sum is allocated to the aggressive removal of the inexplicably pandemic desire for human beings to express themselves creatively, I was confused as to how $13.5 million appeared out of nowhere when the state of QLD is reportedly broke? 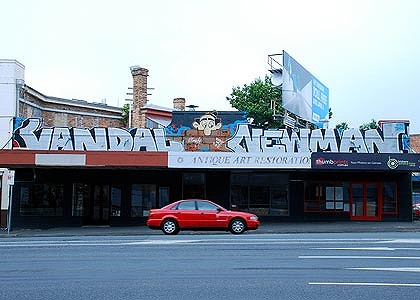 I am often broke, and yet can never seem to find a spare $13.5 million lying around for anything. Please advise me on how to make $13.5 million appear from betwixt my couch cushions, which normally only yield lint and Canadian pennies, (which is curious as I have never been to Canada). I also really admire the fact you are doing this in the interest of protecting and beautifying public spaces (such as parks), whilst sensibly spending only $6.2 million in total on upgrades to city parks. I intend to follow this avant garde economic example when I buy my next car. I will spend $2 000 on the car itself, and $4 000 on grey paint to repeatedly paint it with. 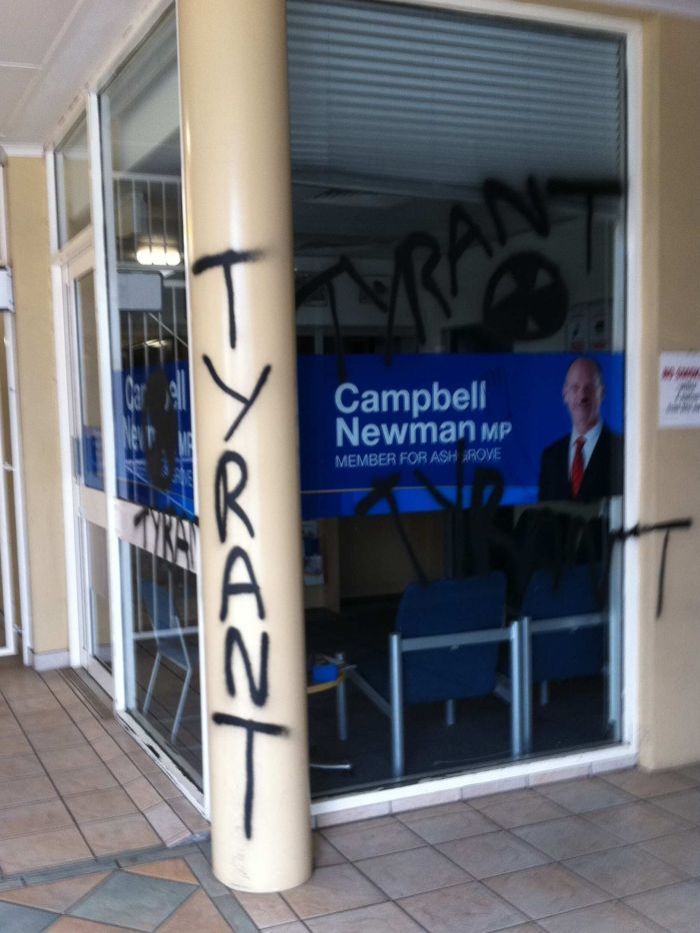 I, however, fully understand that a government always acts in the best interests of its people, even the people who ungratefully use spray paint can devices to graffiti-ise the Premier’s office just a few months before the graffiti budget suddenly skyrockets to unprecedented levels. Sure, conspiracy theorists might want to make a connection there, but you and I, we’re reasonable, rational people who just want to use large amounts of public funding to support the establishment of a militarised task force to ensure the systematic destruction of artistic expression, whilst simultaneously funding programs of real cultural value, such as Big Brother.

The secret is: they’re all annoying!

I also agree with the honorable Mr Quirk’s statement that graffiti artmakerists ‘are not welcome in this city,’ as the best way to deal with disaffected youth who wish to express themselves creatively is assuredly to banish them beyond the city walls. However, I was wondering if there were limits to this mandate? Like, if someone who regularly saves kittens from trees also does graffiti making, would they still be banished? Is there some sort of ratio? Perhaps one graffiti piece per half dozen successful diminutive feline rescues? 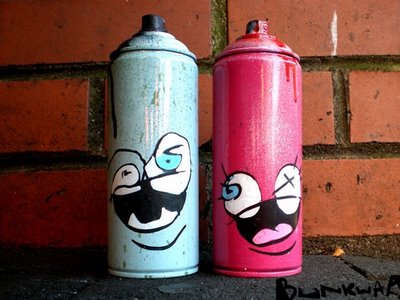 Or would they have to achieve a more impressive feat, such as saving someone from being stabbed in an alleyway? What if the only way that they could overpower the assailants was by obscuring their vision with their spray paint cans and they inadvertently got a small amount of paint on a wall in the process? 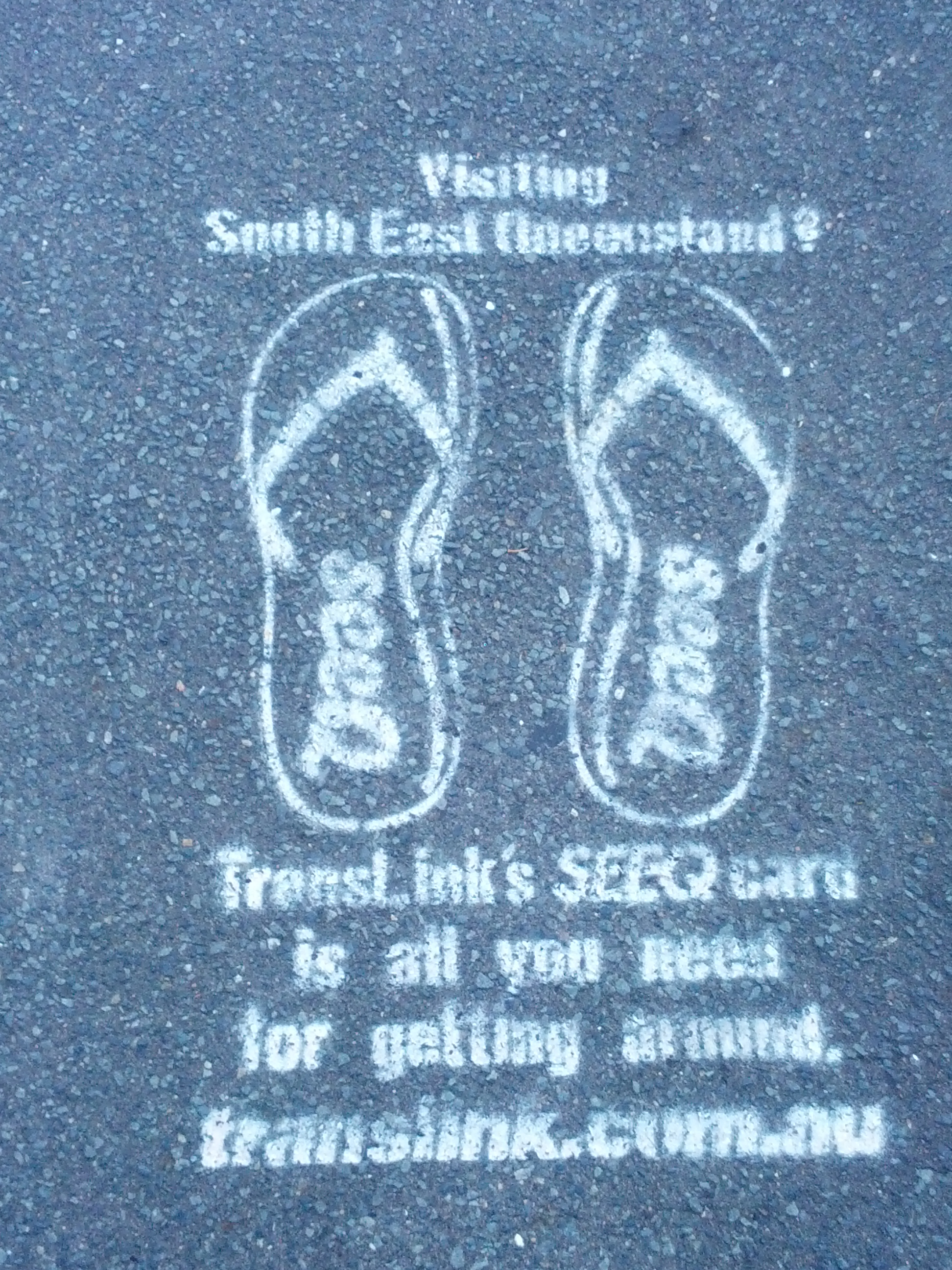 The other day I was walking home and saw this very tasteful and well designed ad stencilled on the footpath. I was wondering if Translink, as an official government partner, has some kind of graffiti license? Or a big shiny badge that they can flash like the cops on TV? If they forget their badge and are out graffiti-making do they get fined $1 000 (roughly the cost of a return trip to the city on a translink service)? 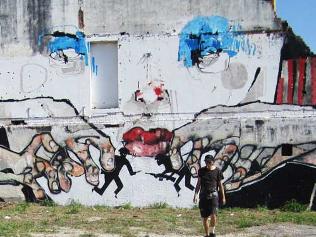 Finally, I was wondering if you would be continuing your proud tradition of going beyond the call of duty and also removing commissioned work by illegally entering private property and painting over commissioned murals by world famous artists?  And of course maintaining your admirable practice of physically subduing artists who have obtained legal permission for their work? This continues to set a world class standard in art control.

Perhaps you could even extend your forces of artistic suppression into other mediums? Sometimes I see youths listening to their ipodphone machines singing and dancing in the street for no reason at all! I find this quite disconcerting. Maybe you could find another $13.5 million for an Unlicensed New Juvenile Undulation Suppression Team. You might even be able to come up with a catchy acronym for that one, but I’ll leave that up to you!