"Either you motherfuckers need to start sharing those cheeseburgers or I am going to have to try and get Madonna to adopt me. Do you really want to live with that on your hands?" 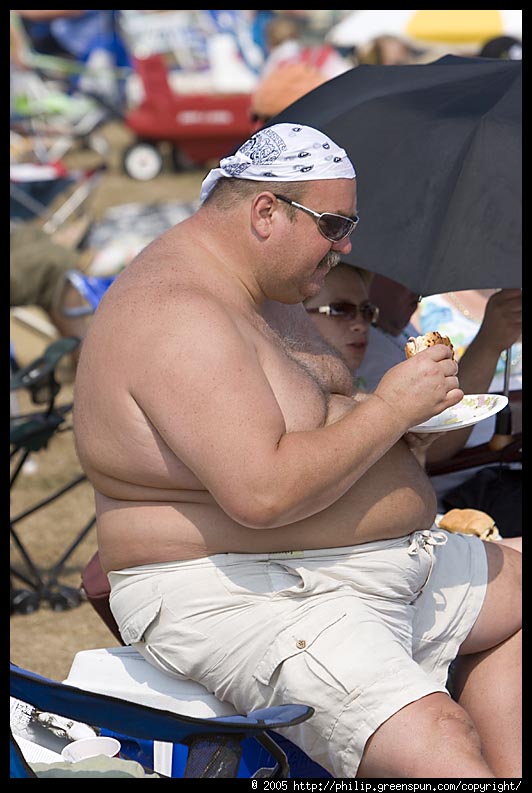 "Ah….there's nothing like eating a cheeseburger at the beach…hey! Where did my feet go! Oh, there they are, buried under my rolls of corpulent fat that also do a great job of concealing my long forsaken dignity."

THINK ABOUT IT. This is not exactly Schrodinger's cat theory here (if you aren't familiar with this, here's an explanation by a guy with a huge afro). We aren't talking about the Copenhagen interpretation, Hesienberg Uncertainty principle, or Gödel's incompleteness theorem. This is basic fucking logic. Rich people have and control too much and are killing themselves, as a result poor people have too little and are dying. This is basically the global sociopolitical equivalent of solving the following equation: