SHUT UP! Sound familiar? If you work in the arts or do anything vaguely interesting with your life, you’ve probably had this phrase or variously profane iterations hurled at you more often than you’d like. We’ve all heard the stories of people who move next to bars and complain about the noise (if you can’t figure out that bars make noise, then disturbance to your serenity is most likely the least of your problems). But what about the smaller operations? Indie theatre companies, folk musicians and other dregs of society?

Last year we hosted an intimate theatre performance at our house that had an audience of 25 people and featured three actors talking for around an hour with no amplified music or sound of any kind. It was basically a dinner party with only three of the guests doing all the talking. Our show ran for a grand total of five nights.

The neighbours across the street were furious. The noise, they claimed, was unreasonable.  On the night of our second last performance, they decided to protest the disturbance of the peace by blasting triple M at an insane volume. I went over to talk it out and endured several minutes of screaming about the fact that we were making too much noise. I considered raising the delicate concept of irony but decided to pick my battles. I assured our neighbour that we only had one remaining show and then he could go back to his life of staring rancorously at passersby for the rest of his days. 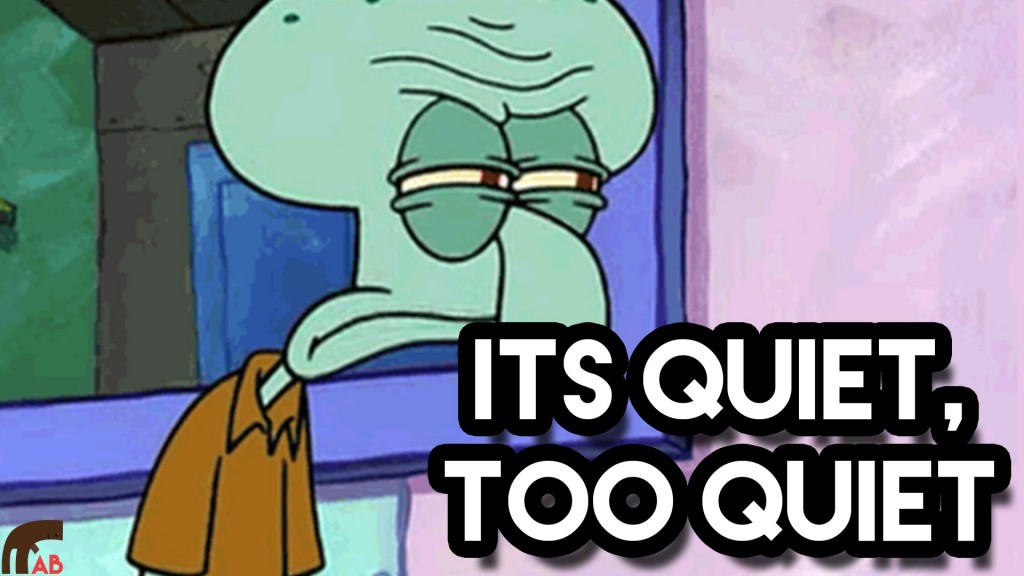 Then our other neighbours – who hadn’t screamed at us but had also told us in no uncertain terms that they thought that the show had been ‘too noisy’ – started renovations. And when I say renovations, I mean they tore away one side of their house and built three new rooms. This went on for around four months, usually starting around 6am (earlier than the legally allowed commencement). When the renovations were finally complete, we all breathed a sigh of relief…until their new baby arrived the following week. Have you met a babyperson before? They can be quite adorable, it’s true, but they also come equipped with advanced sonic weaponry that grants them the ability to obliterate the eardrums of everything within a 300m radius and also disrupt the sonar capabilities of any bats or dolphins in the same timezone.

There are many people (like me) for whom making a reasonable amount of noise is part of their livelihood. When you tell them to shut up you may as well be walking into a restaurant and telling the proprietors to stop producing so many cooking-related scents. Obviously, people don’t have the right to crank up Skrillex at 2am because that’s just fucking unreasonable (and also displays terrible taste in music). But if your neighbours are rehearsing for (or performing) a show, try and show the same consideration that they show you when your goddamn baby screams at three in the morning. Now I know what you’re going to say, you don’t HAVE to work in the arts. Well, that’s true, but only in the sense that you don’t HAVE to have children or renovate your house. Take a moment to think how you’d feel if someone knocked on your door and said “Look, I’m trying to watch Australia’s Biggest Loser Idol’s Kitchen Rules and your child is really fucking loud. You really shouldn’t have ever procreated. Is there any way that you take your screaming progeny back to the babyfactory so I can hear who they vote as this week’s best emotional meltdown dancer?”

Quiet for it’s own sake isn’t always a good sign in any case.  If you’ve seen any action movie ever you’ll know what follows the line “It’s quiet….too quiet…” is usually a large amount of bloodletting and/or explosives. Societies that are too quiet on the whole usually have something very creepy or oppressive going on, as shown in this very informative documentary:

If you really want to live in a world where you hear nothing but the sounds of your favourite reality TV show or talkback host I have a solution for you: noise-cancelling headphones. A decent pair will set you back around the same price as one of the many massages you’d probably require on a weekly basis if you spent your entire life being stressed out and complaining about your fellow humans discourteously producing decibel levels greater than a bunch of Buddhist monks on a vipassana retreat. 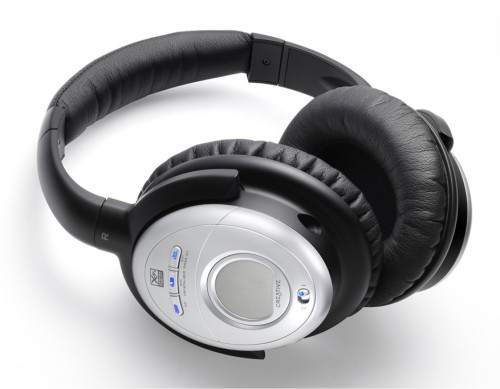 One simple purchase will allow you to enjoy all of the infomercials and hate-crime inciting current affairs programs you want without the outside world disturbing you. Hell, with these things on there could be a zombie apocalypse raging outside and you wouldn’t notice because you’d be so engrossed watching one of the many zombie apocalypse TV shows currently on offer.

As one of the crowdfunding rewards for We Are All Ghosts, I promised contributors a personalised poem. I got fairly liberal with the term ‘poem’ after I’d written a dozen or so and just started writing obituaries, dictionary entries and this regicidal thank you story. 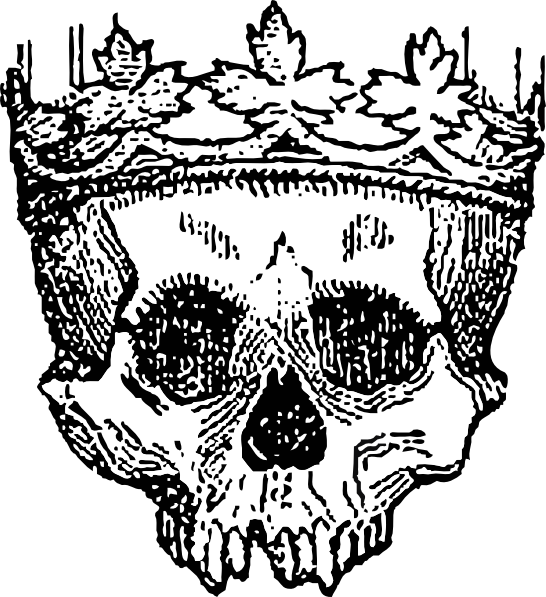 It began, as these things often do, with the entrails of a goat. Betwixt that wet and slimy mass of formerly functioning organs her birth was foretold by Jill the soothsayer. Granted, the soothsayer in question had been less than reliable in the past, and what kind of name was ‘Jill’ for a soothsayer anyway? Surely Mercuria or Evangeline or Morgana would have been far more appropriate? On one occasion Jill had sworn that a particularly vital Saturday afternoon would be blue as the ocean, and the king had arranged his birthday festivities accordingly. When the heavens opened up on the vast crowd and left them scurrying for their homes covered in mud and water, he had called for Jill’s head. Fortunately the soothsayer’s guild had presciently (apropos of their trade) started a rumour that a regal order for the beheading of a fortuneteller would bring seven years of terrible famine and vastly underwhelming sex upon the monarch in question.

So she had foretold the birth of the child, many hundreds of years hence, who would be unlike any other. Who would talk to machines with as yet unknown lexicons, who would walk proudly covered in a cosmic quilt of cartoons and colour dancing upon her flesh, and regard the world with two raised fingers and an almighty roar in the key of ‘fuck you!’ And the king did not live to see her birth, for he died some years later when he slipped on the palace stairs, and cracked his head against the cobblestone floor. This may have been just as well, as his brother had been planning to poison him using the root of the deathshade tree, which induces violent diarrhoea and yellowy discharge from the eyes and is considered by most apothecaries to be the second worst possible way to die.*

So the poor king never did set eyes upon the wondrous child, but I did. And my life is much better for it.

* the first is usually listed as ‘being fucked to death by a werewolf’, in case you were wondering.

So now the hurly burly’s done. After months of rehearsal, planning, rewriting and performance our little show comes to end. The whole experience has been beautiful and bewildering. I’ll probably write about it at length once I’ve had a chance to collect my thoughts, but for now I wanted to share a few photos and a glowing review. Big thanks to the cast, my housemates for putting up with months of yelling and props strewn all over the place, crowdfunding contributors, the audiences and of course everyone who made Anywhere Theatre Festival happen. It truly is one of the world’s greatest art festivals. 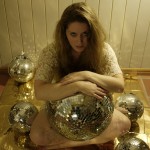 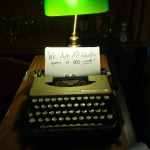 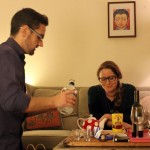 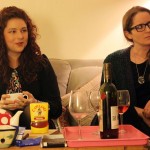 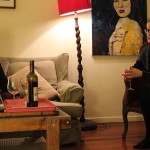 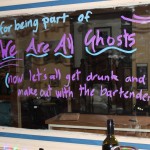 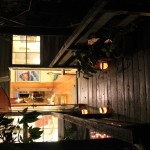 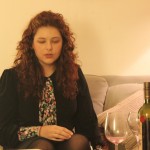 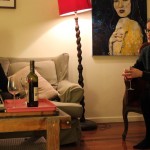 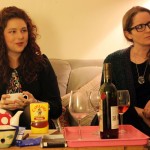 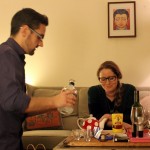 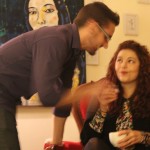 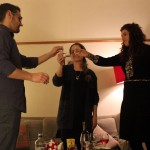 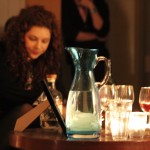 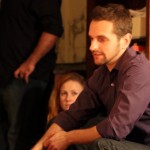 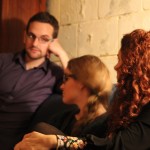 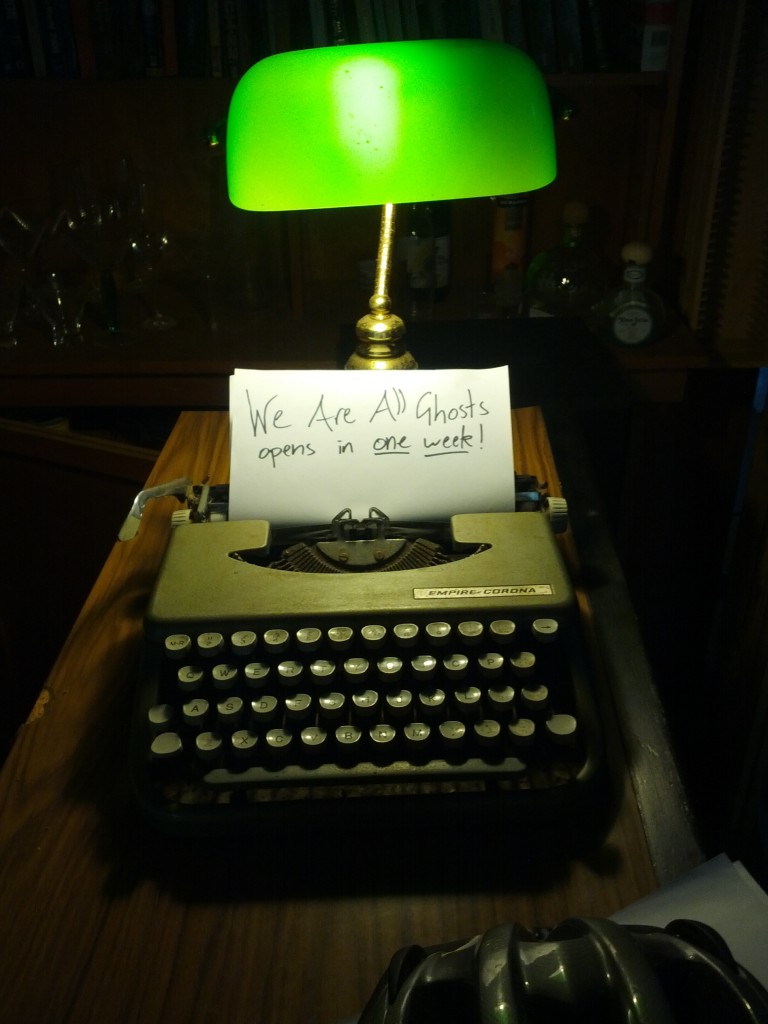 We’re only doing 4 intimate shows with a very limited capacity, so if you don’t get tix now, you probably won’t get them at all. AND THEN YOU’LL NEVER FIND OUT WHAT HAPPENS AT THE END! Seriously, if you ask me on twitter I’ll just lie and say there’s a fight scene with a time travelling monkey ninja.*

*Note to self: Write a play about a time-travelling monkey ninja.

Dearest humans and sophisticated AI programs who sound like Scarlett Johansson, our brand new production We Are All Ghosts has been cast and is in the early stages of preparation for the Anywhere Theatre Festival. We are so excited that we made a robot that shoots fireworks out of its eyes and cupcakes from its mouth to celebrate.*

However, putting on a play – even a made up one about fictional characters – frustratingly costs real earth dollars. Believe me, I try to pay for my groceries with imaginary money all the time and it never works. So we need a little help from our friends and their friends and people who aren’t our friends yet but most certainly will be as soon as they help us.

We’ve put together a crowdfunding campaign to cover the basics like insurance, props, registration fees, police bribes etc. Anything you can give would be hugely appreciated. Plus we’ll give you loads of magical things in return like drinks and personalised poems and tickets to the show and such. For each dollar you give a puppy makes best friends with a baby seal and they start a band together where they just sing about how great you are all day long.

Here’s a picture of Jess as Selina looking at you with pleading puppy dog eyes asking you to donate generously. She can see your future in that disco ball, don’t make her sad!

*This is not true. Such robots do not exist, and in a nation where we don’t even have a science minister they are unlikely to be developed in the near future. 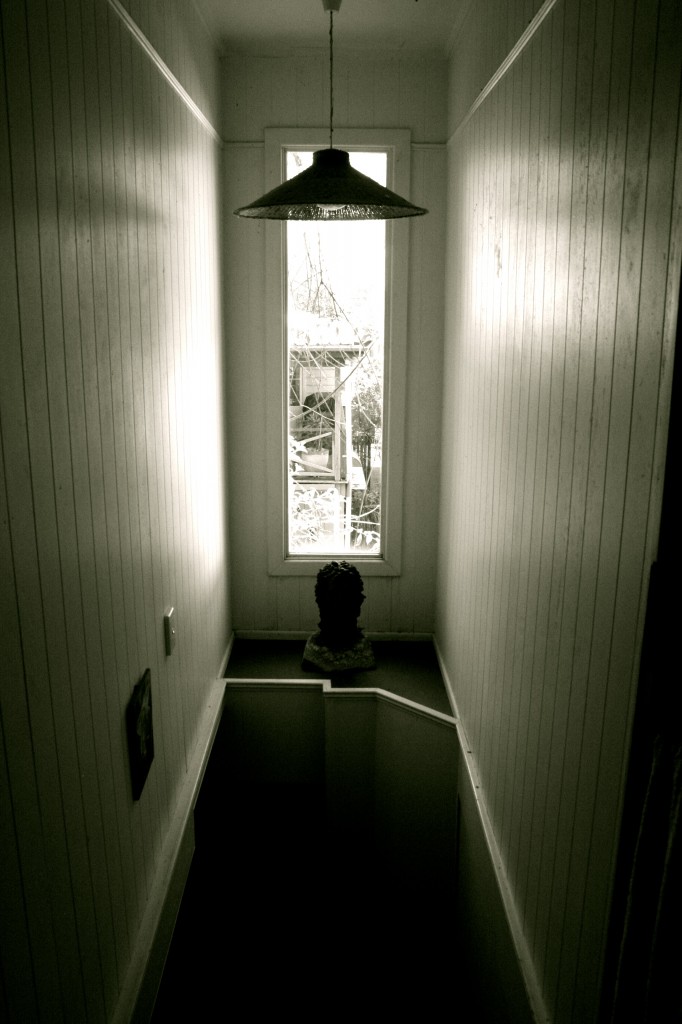 After many years writing novels & stories & articles & poetry & angry letters to politicians & graffiti on toilet walls I’ve finally written my first play. It’s called We Are All Ghosts and it will be part of the Anywhere Theatre Festival, which is one of the most magnificent arts festivals in the entire world. We Are All Ghosts is a melancholy and mischievous exploration of friendship, loss, love, life and the afterlife.

We’re currently holding auditions for 1 male and 2 female actors with a playing age of late 20s/early 30s. If you’re in Brisbane aka Brisvakistan aka Risky Brisness and you’re interested in being part of the magic download the audition brief here:

We Are All Ghosts audition callout

If you would rather do a video audition for the new Star Wars movies click here.