Thank you for noticing that my website is a thing that exists, something that most of the universe has sadly not yet achieved. I’m very flattered by your offer, $85 is more than the average short story anthology will pay for a piece and considering I would have to do almost nothing to get that cold hard cash I’m sure most normal people would enthusiastically accept your offer. Unfortunately for you, I’m not even remotely normal and I would much rather live decently than make a decent living.

I have gambled in a casino exactly once in my life, when I first turned 18. I have never regretted spending $5 on anything so much. Not even the time I bought and ate an entire family sized block of chocolate whilst watching Buffy reruns, because at least that afforded me a momentary burst of sugary pleasure, even if it was followed by the need to vomit. Conversely, watching the dealer scoop up my $5 chip as carelessly as if it was a piece of lint provided me nothing but confusion, sorrow and an enduring hatred of casinos. And also the need to vomit.

I find it genuinely horrifying that an organisation that exists solely for the purpose of slowly crippling a society by preying on the uneducated and impulsive is considered a legitimate business. Recent data shows that Australians spend more per capita than ANY other country on gambling. In 2009 Australia’s total annual gambling revenue was over $19 billion. That’s BILLION. With a B. That kind of money can build a lot of schools and hospitals, instead it went into the pockets of the already rich. More specifically, the pockets of people who have become rich by exploiting and aggravating addiction rather than choosing to invent, innovate, create or cure.

I’ve taught children of problem gamblers. I’ve seen those kids show up to school with not nearly enough food, wearing threadbare jumpers and shoes with gaping holes. You can argue individualism until the bovines return to their domiciles but anyone who can look into the eyes of a kid who who hasn’t eaten a meal in days because their dad spent all their grocery money at the roulette table and then say ‘yes, this system works’ is most likely a sociopath, an idiot or a casino owner. 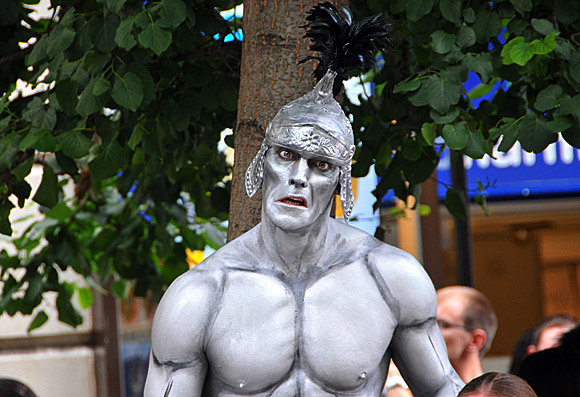 Writers make HOW much?

If I wanted to make money I would have chosen a career that pays a hell of a lot better than writing, like shoe-shining or being one of those street performers who dress up like statues. On the plus side, I get to spend a lot of time in my pyjamas, wake up when I want and write unnecessarily elaborate responses to spammers. So no, I will not link to your client’s casino. I will instead link to gambling help online and this very useful guide to gambling facts in Australia. And for my readers who do have some spare money to throw around, may I politely suggest that you send your discretionary income where it will be truly appreciated? Any of these are a guaranteed safe bet: