Ladies and gentlememes, if you frequent this little corner of the internet on a regular basis then you may have heard that as part of the Brisbane Writers Festival I had a short story, Lenore Meets a Mack Truck, printed on a few cushions scattered around the festival thanks to the good folks at Tiny Owl Workshop. There were a total of five printed, one of these was sold to a charming gentleman who told me he was going to also buy one of Sam George-Allen‘s and make his children fight with them, which sounds hilarious and delightful.

I’m going to keep two of them myself, but I thought it might be fun to give the remaining two homes in strange and unknown places. As a special preXmas offer, anyone who purchases either Zeb and The Great Ruckus or A Beginner’s Guide to Dying in India direct through this website in the next week goes into the draw. One book = one chance. You buy both books, you double your chances. You buy 50 copies, you’ve pretty much got it in the bag (hint). 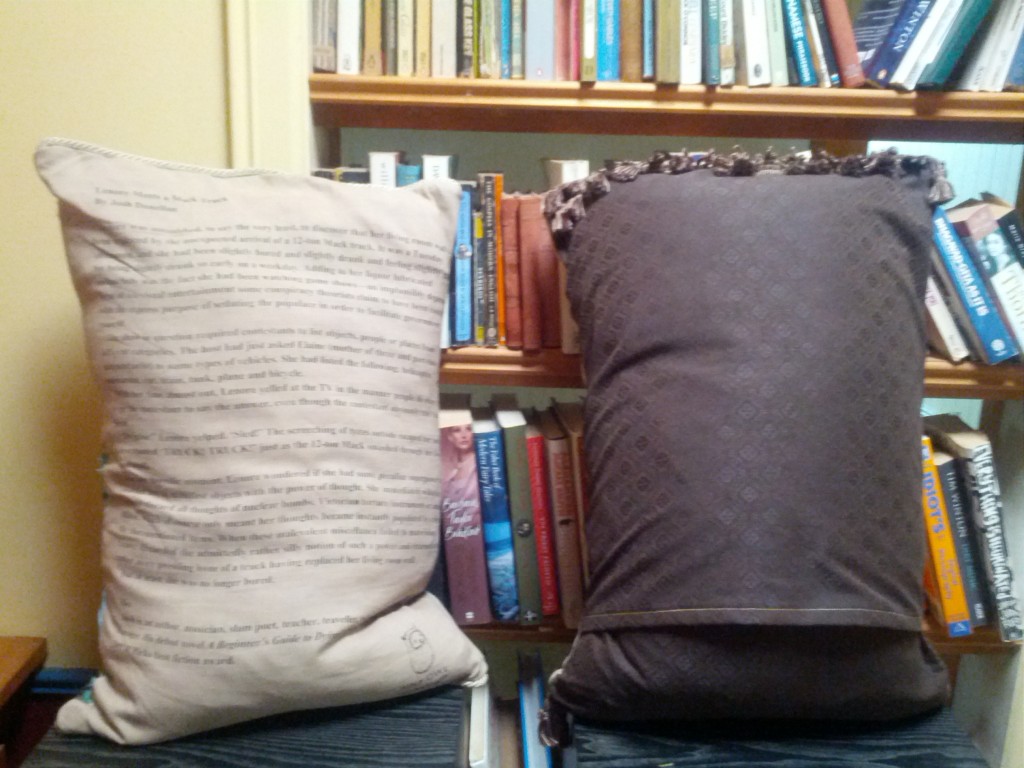 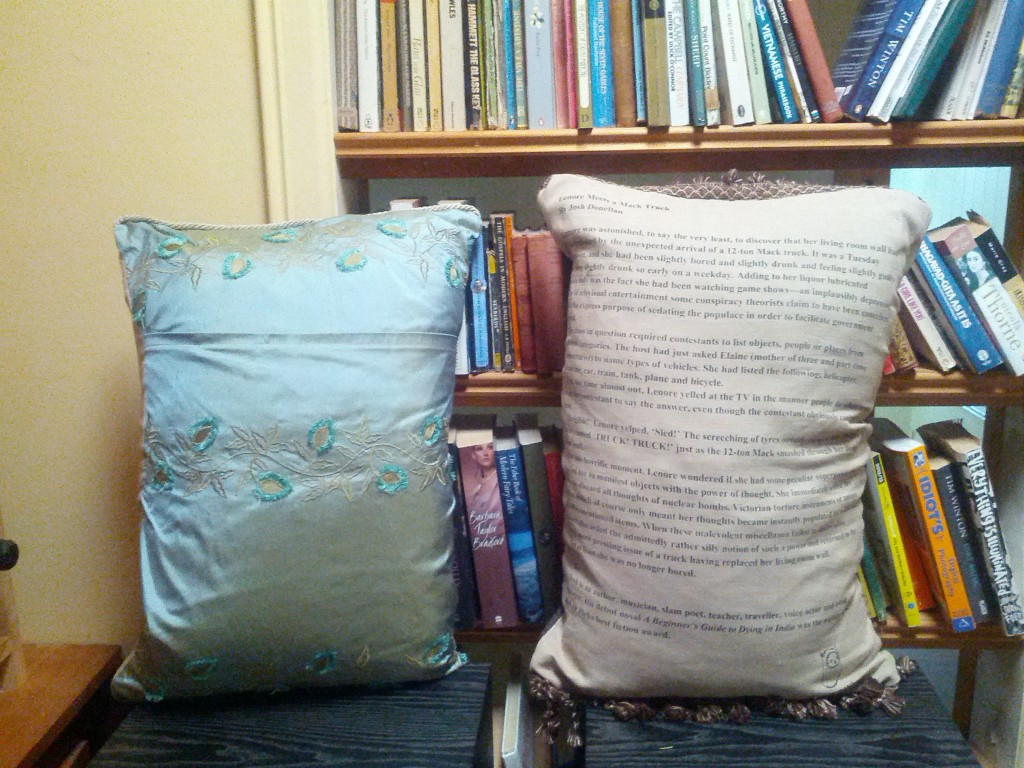 One has a shiny blue backing and the other is chocolate brown with tassels. Because everything is better with chocolate and tassels.

My only caveat is that, because these cushions are super large, you’re either going to need to pick them up from my house in Paddington (QLD) or, if you live within a half hour drive of the Brisbane CBD I’ll deliver one to your doorstep. Remember, there are only 5 of these IN THE WORLD, or to put it in modern terms, there are only five times as many of these story cushions as there are women in Tony Abbott’s cabinet. HURRY HURRY HURRY CLICK CLICK CLICK! 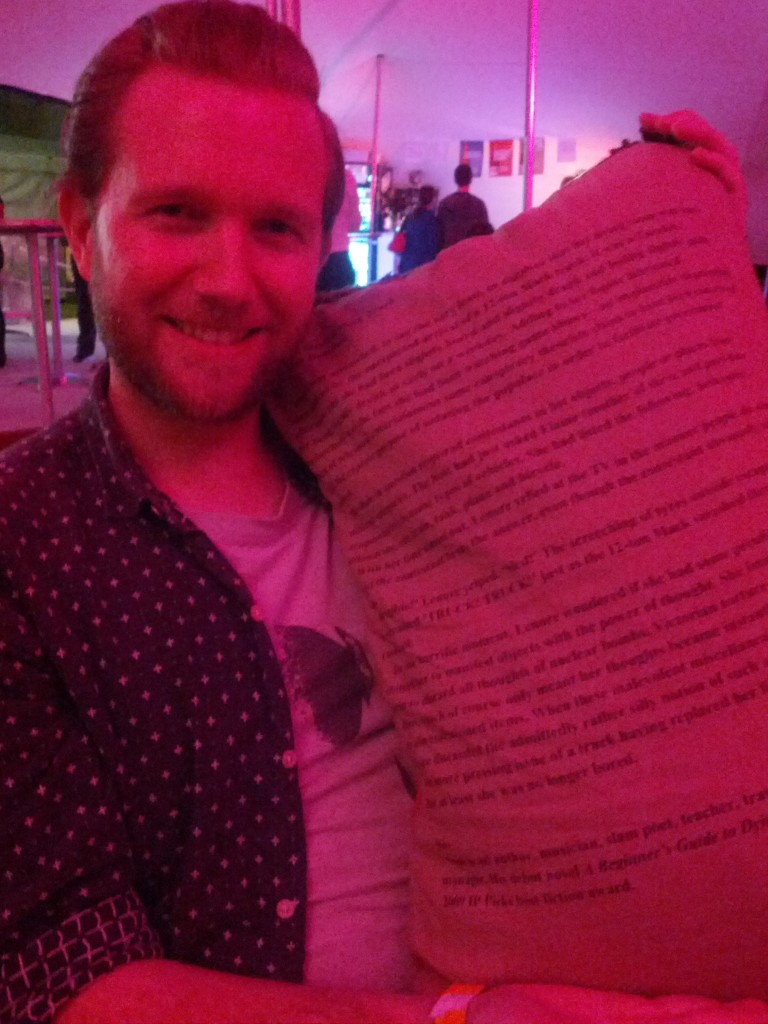 Here is a handsome man holding one of the super fun story cushions. Perhaps by winning one of these cushions you will  either become or acquire a handsome man of your own! It certainly wouldn’t be the most ridiculous thing a promotion has ever promised you, I’m sure.

PS This is super secret, but in addition to being a standalone microfiction piece, this story is also the opening page of a novel entitled Lenore’s Last Funeral. I’ve only just started writing the first few chapters, so it’ll probably be released sometime in the next few years. It will most likely be the weirdest thing I’ve ever written. You can think of these cushions as an ultra-exclusive sneak preview.