it’s your old pal JD here. As you know, I do my utmost to be a law-abiding citizen, no matter how ineffective, draconian or heavily criticised by experts the laws in question may be. After all, we all know that pesky experts just get in the way of progress, right? What with their opinions formed from actual experience and/or academic qualification, rather than the far more validating source of pure, irrational, gut-feeling. You’re a man who thinks with his gut, Mr Newman,  you don’t have time for consultation or due process, and I think that’s something that we all admire. Sure, the odd West End hippie might get questioned for drawing in chalk and police might start receiving death threats, but we all know that doing the (very far) right thing isn’t always easy. In fact, what’s confusing about doing the right thing is that it so often looks like exactly the wrong thing. On every conceivable level.

Now, as much as I am doing my best to abide by these shiny new VLAD laws, much like Jarrod Bleijie I have only limited experience with the law and I am somewhat confused about the details. I’m hoping you can clarify a few things for me, thanks in advance for your assistance.

1 Next week my book club is meeting to discuss Zen and the Art of Motorcycle maintenance. We often travel on bicycle, sometimes in groups of three or more. Should I call my lawyer and give him a heads up in case we get arrested?

2 Every third Wednesday I get together with my friends at the Sons of Anarchy fan club. We usually wear our official t-shirts but recently police have been questioning fans for showing off their affection for SAMCRO. Is it okay if we continue to wear the merchandise of fictitious American TV shows? Because I’d really hate to give up my official Mad Men smoking jacket just because police thought it was the name of a irate terrorist group with a gender biased recruitment policy.

“Damn it Jeremy,  that’s the wrong Scorpion! You do this every time!”

3 I’m going to a costume party this weekend and a couple of us of thought it would be fun to go dressed as popular video game character Scorpion. Unfortunately, this means we would collectively be referred to as The Scorpions. While it’s true that experts say that the Scorpions don’t actually exist in Australia, you have wisely added them to your list of banned organisations and I just want to make sure that I don’t ruffle any legal feathers. I’ve also revoked my membership to other non-existent organisations like SHIELD, Weiland-Yutani, Lexcorp, Cyberdyne and the Australian Quidditch League.

4 I play in a band called the Bandidos, we mostly perform Latin flavoured covers of Miley Cyrus songs (you haven’t heard ‘Wrecking Ball’ until you’ve heard it played on the Charango, believe me!) and we all have matching jackets with our band name on the back. Will we be alright to go ahead with our performance at the West End retirement village next week? I really don’t want to disappoint Mabel. She’s 94 years old and this might be the last concert she see before she dies. I mean, she doesn’t hear so well these days, but damn can the old girl twerk! It’s true that hundreds of people have flooded your facebook page with angry complaints over the last few days, but they don’t have the same thorough understanding of the legal system as you.  Sadly, there have been some downsides to the new laws, but you can’t make an omelette without breaking a few eggs right? And sometimes those eggs include mistakenly harassing a funeral cortege on their way to mourn the death of a 70 year old cancer patient. Thanks for reminding us that the separation of powers is ‘more of an American thing,’ just like the right to freedom from persecution is ‘more of a Canadian thing’, the right to a well-financed education system is ‘more of a Scandinavian thing’ and the right to a state ruled by a democratically elected leader who creates laws that actually work is ‘more of a Queensland circa 2011’ kinda deal. 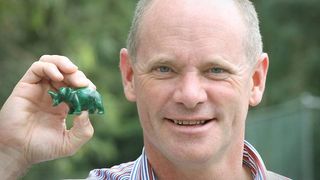 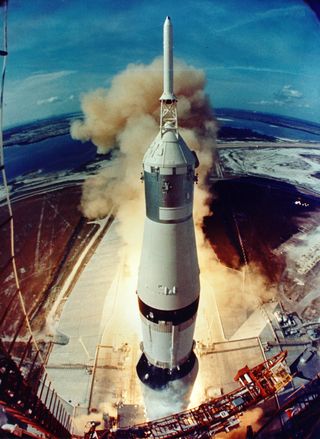