"No matter how good you are at your job, there will always be someone much less talented than you making a lot more money."

This might seem like  cop out statement for an artist, but I feel it's never a bad idea to reiterate just how terrible the taste of the general public is. Just look at the ten most popular youtube videos; 20% Miley Cyrus and 20% babies laughing. I have to confess that with my eyes closed I have difficulty distinguishing between them.

this was the only video in the top ten that didn't make my eyeballs want to vomit:

But wait, there's a slightly larger quantity than was previously expected! Just take a look at the world of books and see how bad the situation is. I mean, I wouldn't mind sitting several thousand sales slots beneath, say Haruki Murakami, Margaret Atwood or Don Delilo. But these jokers? We're basically talking the literary equivalent of that god-awful 90s throwback grunge band you saw at O'Malleys a few weekends ago with the lead singer with a beer gut and a guns'n'roses tattoo. Picture that band raking in millions of dollars a year. 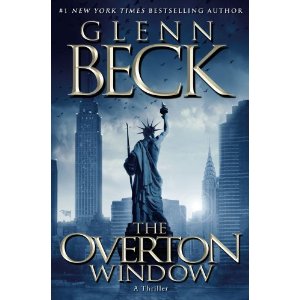 by Glenn "I hate everything except money" Beck

Sure, I know, everyone weighs in on Glenn Beck. He's an easy target. But here's the thing: HE SHOULDN'T BE. It shouldn't be so disgustingly, appalling easy to pick deathstar sized holes in the arguments and rationalisations of someone with such significant influence. Not content to simply pose as an appallingly poor journalist, Beck also writes the kind of fiction that gives gun-toting rednecks with a pathological fear of anyone who speaks 'foreign' a delightful shiver in their commie-hatin' loins. If you can read this book without wanting to remove your eyeballs with a melonballer, then I applaud you.

The plot is thinly veiled disguise for Beck's general polemic ranting, which can basically be summed up by just spitting on the universal declaration of human rights (which, coincidentally, currently ranks #830,082.) 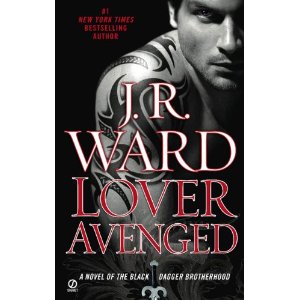 This is a story about a vampire (I know, it already smacks of originality right?) but not just any kind of vampire! The protagonist of Lover Avenged is a SYMPATH vampire, who "gets energy from manipulating others' emotions." If only Edward Cullen gained his power from manipulating the hormones of menopausal midwives, he'd be stronger than the gravitational field of a collapsed star.

Okay so this sympath vampire's name is Revhenge (actual spelling), and surprisingly, he isn't part of a six-piece gangster rap posse from south-central LA. I could go on, but basically the hideous fact that this author penned a series of Sookie Stackhouse ripoff/general vampire cash in books so shamefacedly is only outstripped by the horror of their success. Which brings us to: 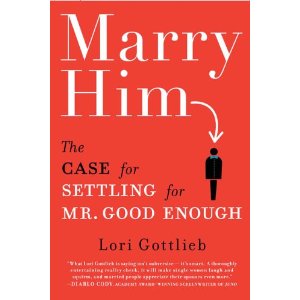 by Lori Gottlieb (seems unfair to make fun of such a ridiculous name).

This is basically several hundred pages of Ms. Gottlieb screaming "Just settle!" Seriously. The fundamental premise of this book is that by searching for 'Mr Right' women miss their golden chance at settling down for a life of beige-coated, vanilla flavoured, AM radio sound tracked mediocrity with Mr. Good Enough. This is possibly the most depressing premise for a book I've EVER heard. And I've read the Bell Jar twice.