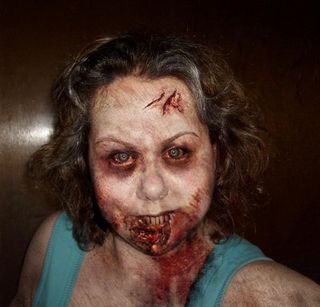 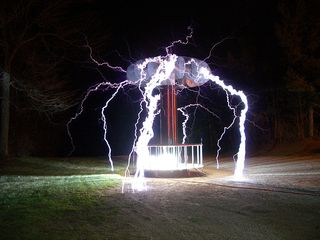 I hate shopping. And not just because I'm an 'anti-consumerist hippie.' I hate trying stuff on, I hate waiting in queues and I hate the fact that stores play insufferable techno music with a high BPM that is specifically selected to impair your impulse control systems.

"You know, I thought that $149.95 for a polo shirt was a little pricey, but now that I've had a Bleach-blonde German guy yelling at me for a few minutes over the sound of what appears to be a few dozens synths being massacred by a chainsaw, I realise it's actually a really great deal!"

Around Christmas time, shopping transmogrifies from a mild ordeal into a kafkaesque nightmare soundtracked by horrendous carols on incessant repeat and a horde of holiday shoppers who, I'm quite sure, were friendly, muffin baking, herb-garden-planting suburbanites just a few weeks ago but have now become furious, salivating bargain hunters who occasionally use capsicum spray.

I'm no scrooge though, I like giving presents and bearing witness to that heart-warming half-smile that just screams "Are you kidding me did you seriously think I would like THIS?!? Witness the wrath of my obviously feigned gratitude and appreciative hug!" This year, however, I decided to do 100% of my shopping online through ethical retailers. This means that not only do I skip the queues, irate holiday shoppers and twenty minute search for a car park, but the gifts I get give a little something back to the developing world.

Think about it, if you buy a $120 Adidas handbag for your sister, extremely effeminate dad, or horrendously anthropomorphised poodle and they don't like it, you've not only blown your hard earned cash, you've also contributed profits to a corporation that uses child and sweatshop labour and has a history of sexually harassing its workers. 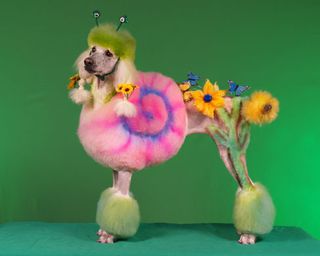 "OMG! Are you, like for real! ?! That TOTES does not go with this outfit!"

If you do your christmas hopping at an ethical retailer and your loved one throws their gift in the bottom of their cupboard for all eternity, at least you've given some money to working communities in the developing world who will be paid a fair wage and use environmentally sound practices. Doing it online means you can even shop in your underwear whilst listening to the Ramones. Which I suppose you could do in the store as well, but it might come across as a little weird. 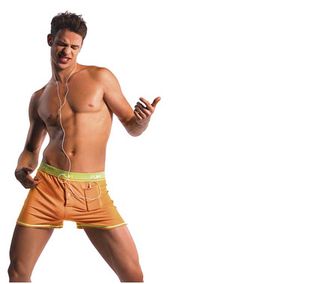 "Yeah I'll take one of those wallets, a diary, these candles…oh wait! GUITAR SOLO!!!"

Here's a list of some of the leading ethical gift stores, feel free to suggest others.

AND A MERRY WHATEVER THING YOU BELIEVE IN TO ALL!!!