Today’s entry is part of a new monthly series where I will be interviewing artists from Brisbane. For the first installment I sit down with my good friend Erica Field as she talks about transforming herself into a boy, bleeding on stage and falling in love with the audience. 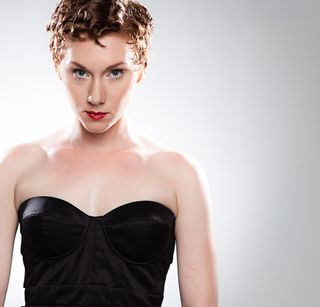 EF: I would prefer being hit in the head with a pillow.

JD: You’ve worked with a number of creatives from around Australia and overseas. Do you have an organization or show that is on your wish list?

EF: Top of my wish list would be doing Six Women again. We had offers from various places but because we couldn’t fund it, it just never happened. I think it should be seen all over the world. Seen AND felt.  I absolutely believe in that show.

Six Women Standing In Front Of A White Wall from Little Dove Theatre Art on Vimeo.

JD: You’ve studied and performed in Edinburgh, Berlin and all over Australia. What makes you keep coming home to Brisbane?

EF: I just think that Brisbane is really starting to get going. I feel like there’s a generation of artists that are starting to really develop a very strong creative and  artistic voice. And I’ll be here as long as I can be part of that! 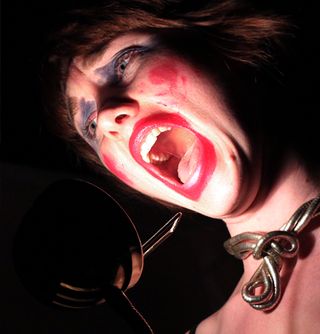 JD: What is the weirdest theatre piece you’ve ever seen?

EF: The most full on piece that I’ve seen was by a guy called Ron Athey. Does a lot of
stuff where he cuts himself. In this one particular piece…maybe I won’t go into it. Do you want me to?

EF: He had all these barbs in his head and he took them out one by one so that streams of blood were pouring down his face. He smeared blood all over the set.

JD: I can just imagine the risk assessment form for that show…

EF: And then he covered himself in a kind of milky lubricating substance and fisted himself. And then he was rained on by rock salt.

EF: What else would I do? It just makes sense to me. I guess…I don’t know how else to understand the world. Or find beauty in the world. 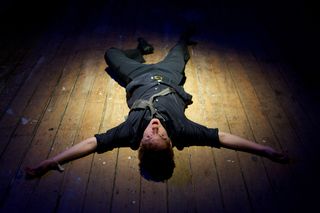 JD: You’re well known for having a highly immersive research process for your performances. For Room 328 you dressed as a boy and during this time you started eating protein powder. What else did you do to prepare for this role?

EF: Yeah, it was different each time. The first time I didn’t quite know how to just be comfortable and for the qualities of that character to become really part of me. The first time round I just spent a lot of time wearing boy clothes and just trying to eliminate I guess all the…ah…it’s dangerous territory but ‘feminine’ things out of what I did. I spent a lot of time with Liesel Zink, who was our movement consultant, just watching the young punk kids that hang outside Rocking Horse.  Just looking at the way they behave and their movements. 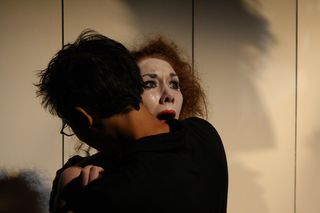 JD: Your performances such as six women and room 328 tend to be interactive and participatory pieces which involve everything from being slapped by audience members to dancing with them. Do you have a favourite moment of audience interaction?

EF: Yes. One of them was a guy during the season of Six Women in Edinburgh. This guy came up to touch me and I was crying and I had a bit of snot and he wiped away the tears, stroked my face and just very, very gently put his hand on my side and then we just stood there together really close. And in that moment I thought we could be lovers. He was amazing and then he left, and I fell in love with him just a little bit. It was a very tiny moment but just the quality of it was so beautiful. 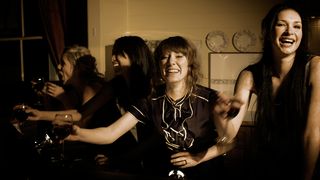 JD: Tell us about your upcoming show the Raven. Are you going to punch anybody?

EF: I’m not going to punch anybody. BUT it’s immersive. It’s going to be a really beautiful meditation on the kind of fear of letting go, particularly of someone you’ve loved and you now need to let go of and the kind of loss and sadness that is involved with that and being alone in the world.

THE RAVEN, inspired by the works of Edgar Allen Poe, runs from the 7th until the 31st of March at Metro Arts Theatre and you should definitely go becuase it will be amazing.